Virtual dates, socially distanced meet-ups and more reliance on conversations and ‘getting to know each other’. Welcome to the new world of dating during a pandemic. A Coronavirus world in which the path to love is literally plagued — or is it!?

If you thought dating was complicated before, with ghosting, benching and all the other dating terminology we were just about getting our heads around, then this new way of navigating our love lives may seem pretty difficult.

On the outside, it’s scary, new and different. Heck, there’s even a trendy new buzzword doing the rounds — zumping — which basically means breaking up with someone over a Zoom call. Ouch! The question is, does dating during a pandemic provide something which we were all missing out on before?

Over the last 3 years or so I’ve noticed that we suddenly seem to be living in the age of the six-second attention span, and the grass is always greener attitude. It’s the era where you have a 50% chance of getting divorced after marriage. And cheating is so normalised that many of us millennial’s have inherently developed some kind of insecurity complex.

There are so many factors which make long-term relationships more and more difficult to commit to in this fast-paced world we live in. Things like social media; where we stalk our exes and focus on other people’s lives, and we ultimately end up ignoring our partners, etc.

Studies have shown that more frequent social media use and the monitoring of one’s partner can lead to misunderstandings and feelings of jealousy. It is also becoming more common in divorce proceedings to use evidence of illicit social media activity to support the case. How crazy is that!?

Then, there’s the boredom. In a world where information is readily available at our fingertips, food can be ordered and delivered within 20 minutes, and the fact that you can binge-watch 10 episodes of your favourite TV series all in one go rather than wait another week, we’re impatient. And easily bored.

It’s never been easier to get what you want, and without hard work. So when it comes to putting any real effort into a relationship — why bother, right? We want our relationships to be perfect now, without any real work, time invested or effort required.

We’ve also become a generation which massively craves attention. Our brains have been re-wired to release dopamine (the chemical associated with reward and motivation) when we see a notification pop up on our screens. With likes, comments, and general engagement available within seconds on social media, we crave validation. Ford’s 2014 consumer survey reported that 62% of adults felt better about themselves after getting positive reactions to something they’d shared on social media. And that’s huge.

We also require more attention from our partners, when realistically they may not be able to constantly provide it. So we end up seeking it through other means, like posting a new profile pic, tweeting, or snapchatting friends.

Another thing I’ve noticed we do almost constantly nowadays is compare our relationships to others. How easy is it to do that!? In a world full of #RelationshipGoals and couple’s highlights everywhere for people to see, we’re led to believe that our relationships aren’t all that great — when in reality they probably are.

We all know that social media is fake, yet we all choose to forget it. All we’re really being shown are the best bits — we don’t see the arguments or the moments of weakness. Social media only gives you a teeny tiny glimpse into what people want you to see.

If you’re in a relationship, it can be easy to see the plethora of singles online and think you can do better. Swiping right on Tinder based on appearance can not only be an ego booster when you get a lot of matches, but it can also give people a false sense that there are so many other people out there.

This kind of compatibility is based on looks and superficiality, and your dream partner is just that — a dream.

So, can living during this Coronavirus pandemic, with all the fear and uncertainty, bring back the notion of ‘courtship’ and building a solid foundation with someone, effectively setting you up for the long-haul?

Arguably, we need love now more than ever. We need compassion, empathy, comfort and most importantly, to open our eyes to the need to love others, and not to just think about ourselves. The changes in the way we live now are serious. Britain is already known as the loneliness capital of Europe (and I’m not even joking), and during a socially distanced pandemic, we need that human interaction.

The most obvious way to date in the time of Coronavirus would be via online dating. Gone are the days of meeting someone in real life, seeing them in person for the first time, and getting butterflies in your stomach as their eyes meet yours or their hand brushes your arm. Who knows how long it will be until we’ll be able to hold another person’s hand without fighting the urge to slather it in sanitiser first?

Dating apps have recently noted a surge in users: Bumble reported a 35% increase in the average number of messages sent since the outbreak began, in addition to a surge in voice and video calls using the app. Tinder has also reported a major spike in user activity — with conversation lengths up to 30% longer than they were last month, which is not surprising considering everyone has more time on their hands to think of the best one-liners to woo someone.

With casual sex off the table, Coronavirus has somehow taken us back in time where dating resembles the more traditional, archaic courting period we would usually only see in the latest period drama.

But instead of ruining the romance of dating, it simply means we’ve had to adapt. It puts the emphasis on getting to know one another and may even fast-track everything — you might have conversations you wouldn’t normally have had so early on and, as a result, solid feelings may develop.

In a lot of ways, Coronavirus hasn’t simply shifted where we date but instead changed its entire purpose. People who might have once favoured casual flings and short-term romance are now, without any chance of imminent physical interaction, having to go down a more traditional route of courting.

Psychologist Daria Kuss explains that removing the physical element from dating allows couples to focus on forming deeper emotional and intellectual connections. “The time and energy that is invested in these behaviours may then also help the couple to form a strong and steady bond,” she adds.

Despite never meeting in person, lots of people are experiencing this increased intensity: not least because digital dates can happen much more frequently than they would in person. The downside to all this is that behaviour such as ghosting and orbiting is more likely to occur in virtual relationships in comparison to physical ones because there are fewer consequences to our online behaviour.

But don’t let this scare you away — now is a really great time to get to know new people and embrace this new way of dating. Who knows, it may even lead to a deeper meaningful relationship and a socially distanced date in real-life!

WHAT ABOUT PEOPLE ALREADY IN RELATIONSHIPS?

Couples in relationships aren’t immune from the Coronavirus pandemic impact either. Thanks to the lockdown, those who already live together will be spending far more time together than normal, and those who don’t are having to spend months apart.

While it can be such a tough time, dating psychologist from The Vida Consultancy, Madeleine Mason Roantree suggests that there’s no better time for unmarried couples to see whether or not their relationship can go the distance. “It’s through difficult times that couples come together and find a new shared meaning,” she explains in an interview with The Independent. “When we show one another compassion and vulnerability something magical can happen. While inevitable frictions will occur, being stuck together could be the very thing that shows you how compatible you and your partner really are.”

Could this mark the beginning of a new era for modern dating? I’d like to think so, but I guess only time will tell. One thing I do know for sure though is that the amount of singles signing up to dating apps is only going to increase the longer this whole thing goes on. So if you’re in the market for a new guy or girl then now is most definitely the time to think about giving online dating a try. I promise you won’t regret it! 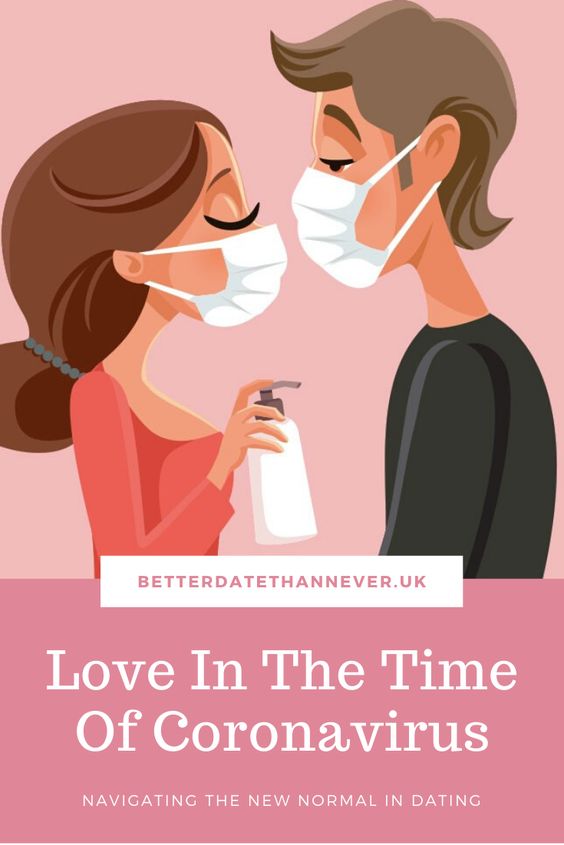